I won't be watching and I really don't care what propaganda he is pushing after a failed year in office.

I have a basketball game tonight, so....

I'm sick of the s***-spew rhetoric as the guy puts the finishings on the New World Order.

Obama is trying to sharpen his economic message in a way that shows people he is on their side. White House officials say they know people have been turned off by the long, messy fight for health insurance reform. Plus, there is a perception that families have gotten far less help than big banks.

Yeah, and DON'T FORGET the UNENDING WARS, either!

Meanwhile, what is the figurehead doing with his day? 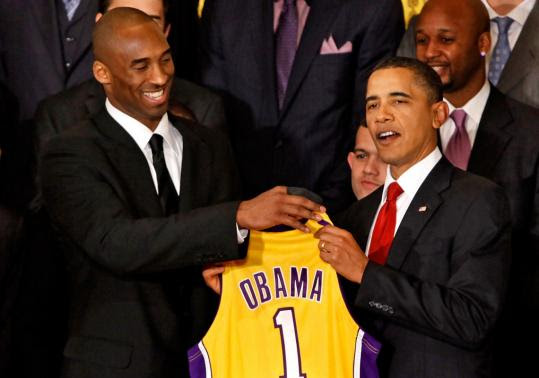 I'm not being won over, either, sorry.

Yeah, NOT the WAR SPENDING, NOT AID to ISRAEL, NOT BANK LOOT!

They ONLY become concerned about DEFICITS when it comes to YOUR SERVICES, taxpayers!

The freeze would exempt defense, homeland security, the State Department, and entitlement programs such as Social Security, Medicare, and Medicaid, leading Republicans to criticize the idea as a public relations move....

That's EXACTLY WHAT IT IS -- not that the Repugs are any better.

The idea has an uncertain fate in Congress, where lawmakers in both parties have favorite programs they are loath to cut. But the mere willingness to cut spending could ease the worries of Americans....

Translation: THEY THINK you have HEADS of SHIT, Amurkns (and maybe you do).

Yup, just TALKING ABOUT a TURD will be enough to CALM YOU DOWN!\

No, I won't be watching. Globe fills me up already.

Democrats dismiss the notion that they have not been listening to the economic concerns of voters....

Your heads really are full of s***, aren't they DemocraPs?

I mean, I'm really not believing this.

Rubbing your nose in Brown (how appropriate) taught you NOTHING?

Obama and incumbent Democrats have 10 months before the midterm elections to convince a frustrated electorate that they are doing something to improve the fiscal situation for American families as well as the federal government....

Here is why the MSM is so obsessed with his hot fart mist tonight:


Congress free-spending ways, which are turning voters away from Obama and lawmakers in both political parties."

Here is why that spending may be a problem:

The commission proposal was offered as an amendment to a Democratic plan to increase the nation’s legal debt limit by $1.9 trillion, enough new borrowing to cover the government’s bills through the end of the year.

A TWO TRILLION DOLLAR DEFICIT for the YEAR!?

Explains why we are feeling this way towards him, huh?

"Nearly half polled say Obama not delivering on promises

A year into his presidency, Barack Obama faces a polarized nation and souring public assessments of his efforts to change Washington, according to a Washington Post-ABC News poll.

Nearly half of the Americans surveyed said Obama is not delivering on his major campaign promises, and a narrow majority had some or no confidence that he will make the right decisions for the country’s future.

More than a third saw the president as falling short of their expectations, about double the proportion saying so at the 100-day mark of Obama’s presidency in April. At the time, 63 percent said the new president had accomplished a “great deal’’ or a “good amount.’’ The percentage saying so in the recent poll dropped to 47 percent.

Well, when you are the THIRD TERM of GEORGE BUSH, we are going to react this way!

That partisan gap is about on par with divergent ratings of George W. Bush across his second term. But Obama continues to benefit from GOP weak points. Three-quarters of all adults lacked confidence in the Republicans in Congress to make good decisions for the future, and when it comes to assigning blame for the nation’s economic woes, about twice as many faulted the George W. Bush administration as they did Obama’s. African-Americans overwhelmingly approved of the job he is doing, just as they did in April.

Except for those House members who held up the consumer protection legislation over neglect, right?

But among whites, a sense that Obama has achieved at least a good amount and his approval rating both dropped nearly 20 points....

Yeah, SWING the SPIN around to the DIVISIVE RACIAL ISSUE, MSM in a crap poll, no less)!!

Overall, 50 percent of all those polled said Obama has delivered the change that was a main theme of his candidacy; 49 percent said he has not.

Now divide the delivery number in half and add it to the not side; then you have an accurate poll.

Who the hell are they CALLING, readers?

Yeah, that is a definite problem for the power structure.

Labels: Business, Obama, Politics, Prop, Sports, U.S.
Newer Post Older Post Home
WARNING for European visitors: European Union laws require you to give European Union visitors information about cookies used on your blog. In many cases, these laws also require you to obtain consent. As a courtesy, we have added a notice on your blog to explain Google's use of certain Blogger and Google cookies, including use of Google Analytics and AdSense cookies. You are responsible for confirming this notice actually works for your blog, and that it displays. If you employ other cookies, for example by adding third party features, this notice may not work for you. Learn more about this notice and your responsibilities.
"This site may contain copyrighted material the use of which has not always been specifically authorized by the copyright owner. We are making such material available in our efforts to advance understanding of criminal justice, political, human rights, economic, democracy, scientific, and social justice issues, etc. We believe this constitutes a 'fair use' of any such copyrighted material as provided for in section 107 of the US Copyright Law. In accordance with Title 17 U.S.C. Section 107, the material on this site is distributed without profit to those who have expressed a prior interest in receiving the included information for research and educational purposes. "